If you like pasta, and you like cheese, you might like this layered baked pasta. Simple sauteed vegetables, layered with spaghetti and white sauce, and topped with a layer of mozzarella cheese and breadcrumbs gives this baked dish a whole new meaning. 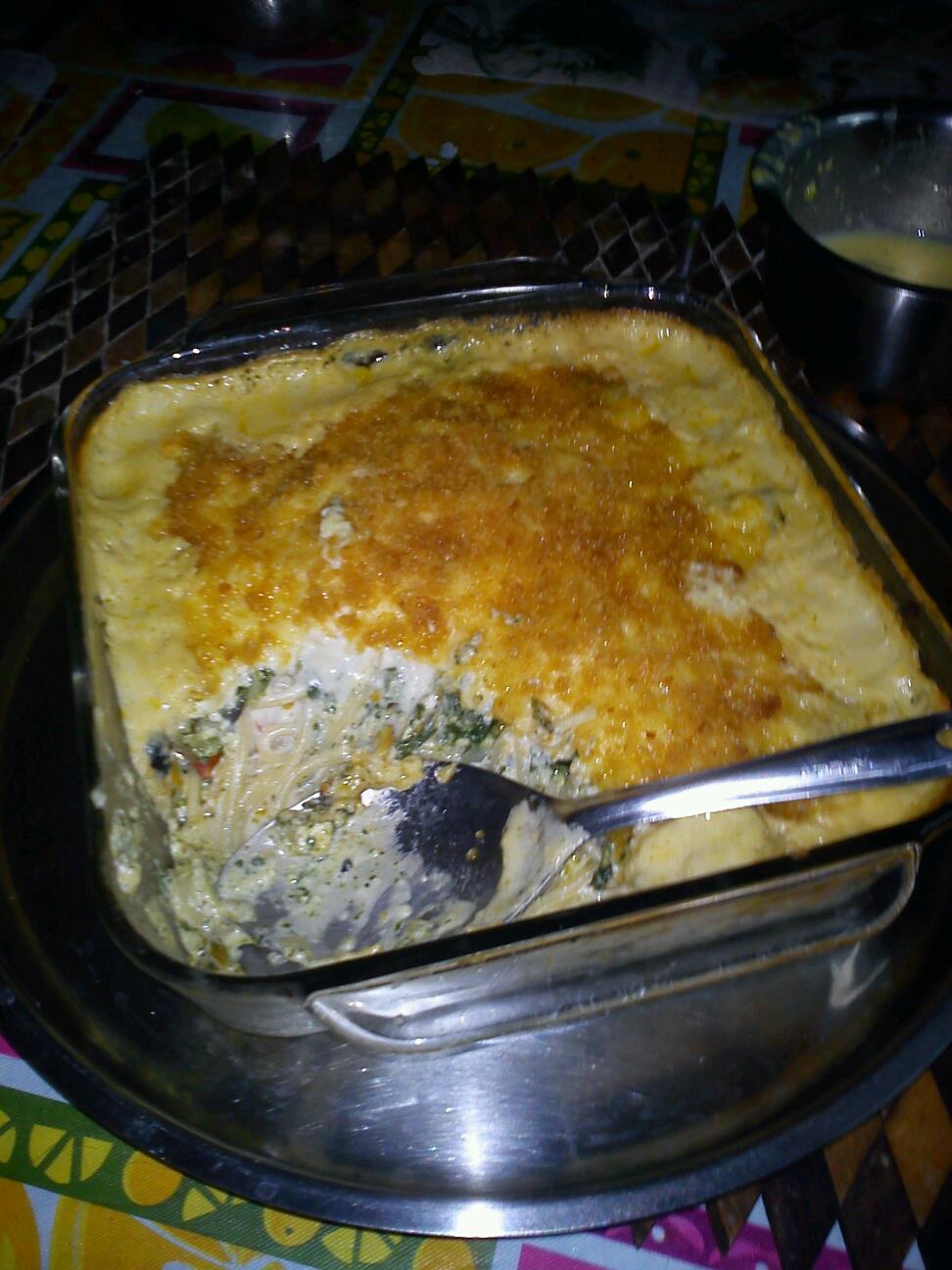 How to make it: